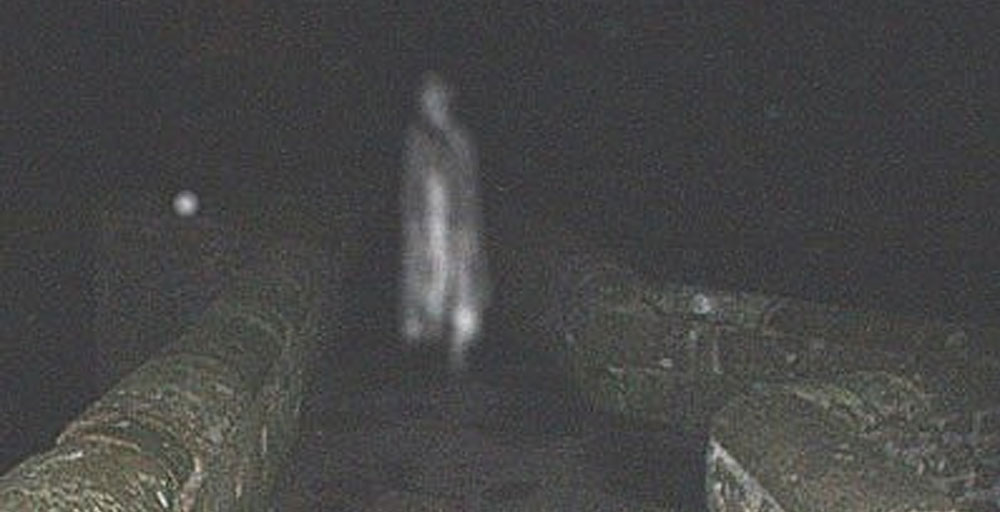 Have you heard the Ghost stories of Lee Valley?

It’s the season of Ghosts and Ghouls and relishing in scary stories!

You may not believe it, but Lee Valley has a ghost. Or so say several of the staff and members!  When it comes to proving the existence of a ghost, our only real proof is the story of those who encountered it.

Not one, but four members of the staff here at Lee Valley have stories of their encounter with the ghost.  They tell me he’s a friendly ghost and has never done harm.  Apparently he roams the grounds of Lee Valley, mysteriously appearing on his own whim.

On a dark and stormy night….

It was a dark and damp night (quite typical in Ireland) when one of our guys was upstairs moving chairs. He was frozen in his tracks as a whole stack of chairs moved in front of him. He couldn’t believe his eyes, but sure enough, there was absolutely no question that those chairs had moved completely on their own.

On another occasion, one of our staff was coming in off the course when he saw a man. He believed the figure to be an actual person, and thought it was a man – in fact, he called out to him “Adam!” Nobody answered. He looked, walked closer… nobody was there.

Our third encounter was with one of our lady staff members. She was in the bar one evening at the end of the night. Herself and about five other people were sitting on the couch in the corner, relaxing, when a man wearing a trench coat passed by. It startled her as she believed her group to be the only people in the bar. She looked again, and nobody was there. At least not in the form of a man. It was the ghost.

Another night, two staff members were locking up when they saw the dark figure of a man. The figure looked like a person, not as you might imagine a ghost, but as an actual man – and yet, there was nobody there. The two men looked at each other. “Did you see that?” “I did, Bud. I definitely seen it, for F- sake – I seen it alright.” A wave of fear rushed through them, and they rushed to get out of the building when there was a loud crash. They were scared. Very scared. It is said that if you show fear to a ghost, the ghost will respond in kind and frighten you. Perhaps this was the case with the friendly, though mischievous, ghost of Lee Valley.

We have written before about the Fairy Fort on Lee Valley. A myriad of legends exist about the fairies bringing harm and even death on anybody who dares to damage so much of a branch off a tree in a Fairy Fort. Some say it is a portal to the fairy world.  The fairies have been credited with kidnapping children, and replacing them with Changelings, crops have been destroyed, livestock gone missing and lives lost on account of the Fairies. Of course, no such stories have been said of Lee Valley, not so far as we are aware. There have, however, been people who refused to step a toe into the fort to retrieve a golf ball for fear of the fairies.

Another legend says that Fion McCuel threw a rock from one end of the valley to the other. And then there is the birthing tree, said to be enchanted – women would come to give birth to their babies under this particular tree.

A local farmer tells the story of a young man, aged only 17 or 18, who was caught by the British Army. He was hung and left to die alone. The place of his death was right next to our third tee box. Some say the ghost of this young man is the friendly ghost of Lee Valley.

Who’s to know for sure?