It’s about so much more than golf! Meet the TOFL’s

Being a member of Lee Valley Golf Club is about so much more than golf.  It’s also very social – a place where you don’t have to play your best game of golf but laugh over a drink, or tea and a scone.  The perks go so far beyond golf – what develops are lifelong friendships.  There are groups for ladies, juniors, men and seniors.   Declan Farrell started TOFL’s, a group of active retirees, and shares all about it in this guest post: 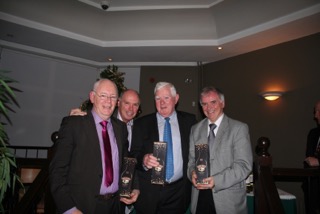 In 2004 a small group of about 8 early but active  retirees started to play golf together in Lee Valley early on Tuesday mornings.  Entry requirements for the founding members were minimal but a fondness for drink and an inability to play good golf certainly helped. The arrangement was that each player paid an entry fee of €3 with all proceeds going to the winner. The catch was that the daily winner had to pay for the coffee and scones for everybody.  Frequently, the initial thrill at winning €24 was greatly diminished by the realisation that the winner would have to pay out €32 for coffee and scones. Winning became very unpopular!!

In reality, golf was never the primary focus of this group. The banter and crack in the bar afterwards was where the real fun began. Coffee and scones were enjoyed amid howls of laughter and great hilarity as stories were told of interesting lies,  shots that  “never came back” and world class putts that should have but didn’t drop!!

Around 2006, it was decided that this group of dedicated fun lovers needed a name and after many discussion the “Tuesdays Old Farts Society”  (or T.O.F.S) came into being. Since then a number of other suggestions using the same initials have been proposed.

Over subsequent years numbers increased to  12 – 15 with many more wishing to join. During the Captaincys of  Tony Hurley and Declan Farrell in 2009 and 2010 discussions were held with Jerry, Paul and David Keohane to see if a time for senior players could be identified. This was eventually agreed and initially a time of 8.00am to 9.00am on Tuesday mornings was decided upon. As with the TOFS the focus of the Seniors Group was, and continues to be, friendship and socialising rather than golf although the introduction of the Henry McDonagh trophy for the annual “Golfer of the Year” has certainly ensured a higher degree of competitiveness.

Since 2010 the numbers playing on Tuesday morning has increased and indeed continues to grow.  Currently, between 50 and 60 play every Tuesday and there are in excess of 100 on the mailing list. These mornings have become an integral part of Lee Valley Golf Club.  We have also become very sophisticated in that the booking is done using the BRS system and competitions are also now qualifying events with scores  recorded on Handicap Master / Master Scoreboard. We also have an annual “away trip” and a dinner / prize giving is held in Lee Valley every December.

In 2014 it was decided that a new name for this group was required and after many interesting proposals the very appropriate name “Old Reliables” was agreed. The Organiser in Chief of the Old Reliables is Brendan Lyons and all who play wait with baited breath for Brendan’s Tuesday evening email which humorously reports on the days events and updates the various league tables. We are all very fortunate !!.
Meanwhile, the original TOFS continue to play but now on Thursday mornings. 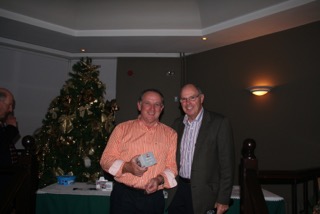 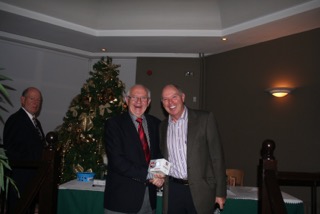 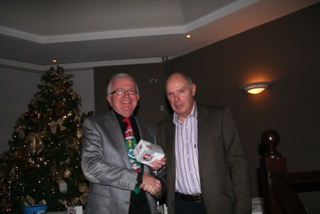 Categories: News
Previous News Item : Interview with Chef Danny on the 2 for 1 Menu… and Christmas!
Next News Item: Behind the Scenes with David Keohane