If nothing ever changed, there’d be no butterflies

Just over a year ago, we wrote a post that started with: “If you’ve ever visited Lee Valley golf course, chances are you are familiar with our pro shop….personified by Paul Coleman.”

Our pro shop will remain a vibrant core of Lee Valley, but Paul, who has been the heart behind it for so long, will be adding his zest for life to new adventures and endeavours.

Of course. He will always be a part of Lee Valley and will still be around golfing and enjoying a pint.  He’s been running the pro shop for ten years now, and each and every one of us have very fond memories with Paul …not all of which are internet-approved! 😉   That’s always the way when somebody is as great craic as Paul though isn’t it? 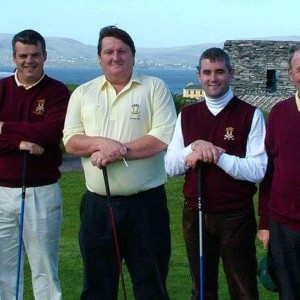 “We’ll miss him – I remember when he started first day, that was ten years ago now. He’s been a great asset to us, not just to the club.  He knows everybody and got on with everybody.  We’ll just miss him – as a family, we’ll miss him and wish him all the best of luck in his new endeavours.”

“Ten years – I wish him all the best!  He will be very sadly missed (He’ll miss Dolly and his coffee).  Oh, I’ll miss him terribly.  The place will not be the same without him.” 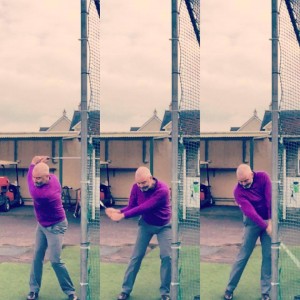 “We had a staff party a few years back where at the end of the night Paul Coleman suggested it would be a good idea we all head back to one of the holiday homes to continue our party. After Paul bought me a few vodkas I agreed and off we went back to the holiday home where Paul kept the party going right through the night. Don’t think he slept and probably did a full day’s work in the shop the next day. Paul was some man for the partying. Beyond his party side Paul was a great man to work with. He had a passion for golf and for selling. He was a huge part of Lee Valley for the past ten years and he will be greatly missed by all of us here.”

“He’s always great craic and great for music.  I think we’ve had more than a couple of late staff nights and he’ll be out singing.  He’s always up for a singsong.” 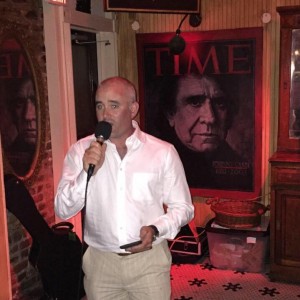 “He’s a very pleasant and sociable person.  He was always very pleasant – you’d never see him in a bad mood.  He has wonderful talent, he should have been picked up by the scouts of X-factor long ago!.   We’ll miss him as a member of our team.”

“He’s an underestimated golfer.  There was one time, I think he had seven birdies in a row – I can’t officially say that, I can’t remember exactly, but he had an insane number of birdies in a row!

If you asked him to sing a song, he’d sing six songs!  He loved singing – he’s an entertainer.  he’s just an all-around good guy.  He’s going to be missed in a big way!”

“The opening of the pro shop was the best night – he was all dressed up in a suit.  We really went all out for the night.  We had a load of people coming, and free drinks. The staff made the most of enjoying the night, singing and dancing on chairs.  It was such a great night.

While at times we’d kill each other, we get on very well.  There’s always been good fun – he’s a very pleasant person and fun to work with.  He’ll be very sadly missed, I have to say!

Paul, from all of us at Lee Valley – thank you!  We wish you every success and happiness.